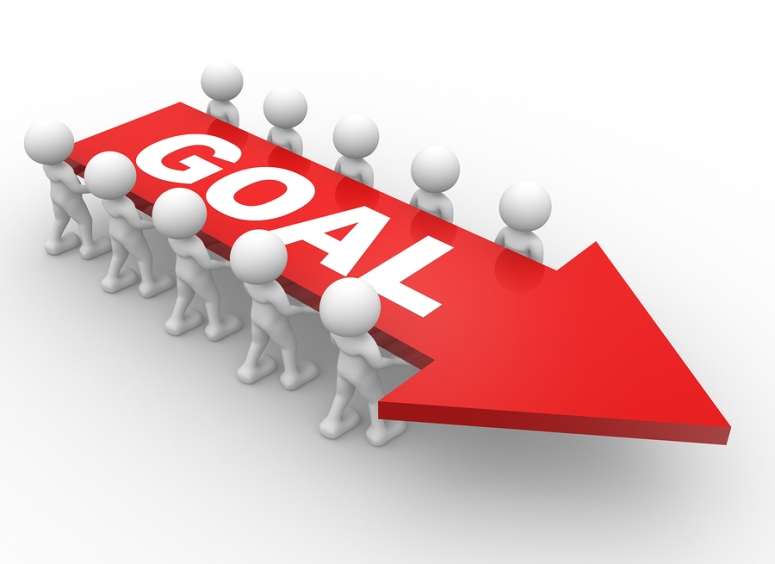 Drawing upon several sources from small business to personal goal setting the outlook is bleak in either scenario for keeping or achieving your goals next year.

According to INC.com “More than 80 percent of the 300 small business owners surveyed in the recent 4th Annual Staples National Small Business Survey said that they don’t keep track of their business goals, and 77 percent have yet to achieve their vision for their company.

A new study finds 73% Of People Who Set Fitness Goals As New Year’s Resolutions Give Them Up.

Whether in the micro and macro world of goal setting failure can be predictable.

However, as we all approach a new year of goal setting I suspect that little attention and effort is given to analyzing goals that failed last year.  It is human and corporate nature to move forward and marginalize the past.

By embracing the reality of failure, before we set goals as an organization, I predict that strategists could make plans and create winning objectives to better support those next year goals.

To help you embrace the impact of failure from last year and prepare for next year, I have provided 4 failure hacks for creating corporate goals in 2017. 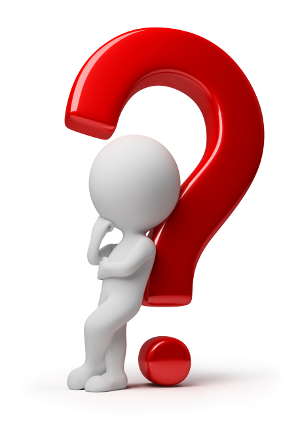 1.Evaluate: Don’t retreat from the past = Ask why

Simply put: Things that worked should be repeated and things that didn’t work should be examined.

When Best-Selling Author James Muir begins the goal setting process “we have an annual retreat where we review our mission statement, our current challenges and do a SWOT analysis.”

In kind Emily Rushton at PrincePerelson & Associates said “We gather the entire team and go offsite to discuss company’s goal, objectives, and ultimately form a roadmap everyone is in invested in accomplishing. Our CEO, Jill Perelson, is a true visionary and values everyone’s opinions.”

I like the corollary that both Emily and James have in getting away from the work environment to think about goals and plans.  I also really like the SWOT analysis that James does.

S.W.O.T. is an acronym that stands for Strengths, Weaknesses, Opportunities, and Threats. Originated by Albert S Humphrey in the 1960s. It is a framework for planning that evaluates those four elements in relationship to goals that move the organization forward.  It is the intent of SWOT that each person and/or team to do some self-introspection.  This is a great place to start when thinking about moving forward next year.

Whether off site or in the board room, last year’s goal, if well communicated, are prefect strategies to put under the microscope at the end of its life cycle.
If your goal setting mechanism is SWOT or some other technique keep in mind, the most common emotional response to a failed goal is denial.  Goals are not created by artificial intelligence, they are created by leaders and followers.  However, both have one thing in common: When it comes to failing, our egos are our own worst enemies. Often leaders and their organizations simply don’t accept that something is wrong until it is too late.

In his book, Adapt: Why Success Always Starts with Failure, Tim Harford outlines the wrong way to react to failure:

As soon as things start going wrong, our defense mechanisms kick in, tempting us to do what we can to save face. Yet, these very normal reactions — denial, chasing your losses, and hedonic editing — wreak havoc on our ability to adapt.

“It seems to be the hardest thing in the world to admit we’ve made a mistake and try to put it right. It requires you to challenge a status quo of your own making.”

We’re so anxious not to “draw a line under a decision we regret” that we end up causing still more damage while trying to erase it. For example, poker players who’ve just lost some money are primed to make riskier bets than they’d normally take, in a hasty attempt to win the lost money back and “erase” the mistake.

When we engage in “hedonic editing,” we try to convince ourselves that the mistake doesn’t matter, bundling our losses with our gains or finding some way to reinterpret our failures as successes.

Frankly, most of us find comfort in our denial. We can rationalize that life is just difficult and other people and companies seem to have all of the luck.

According to Linda Galindo, a consultant specializing in individual and leadership accountability and author of the 85% Solution: her advice for individual would apply to organizations as well.

“If your mind-set is that you’re at least 85% responsible for your success—and that just 15% depends on the way the wind blows—you’ll likely be successful.  If you blame your problems and failures—big or small, personal or professional—on other people, circumstances beyond your control, or just plain bad luck, you may be doomed to fail.”

Astro Teller is an entrepreneur, inventor, and author.  He worked as the “Captain of Moonshots” for X -formerly called Google X.

According to Teller: “Teams kill their ideas as soon as the evidence is on the table because they’re rewarded for it. They get applause from their peers. Hugs and high fives from their manager, me in particular. They get promoted for it. We have bonused every single person on teams that ended their projects”

This supports the observations of Tim Harford, “Google fails a lot, but they learn fast.  Google values failure in the following ways:

1) Discerning why you failed and applying that to future projects; and

2) Speed to fail fast and early before investing more than necessary or damaging your brand.

There are three key attributes of how successful organizations learn from their failures.

Frist, successful organizations have learned when to pivot from their failures.  If you can’t do that, then you are stuck in a loop and you will fail again. They know when to give up and when to go forward. They know how to properly interpret a failure based upon what they know and have learned about their team and corporate culture and they make changes based upon new understandings. See my blog should you give up and the example of Richard Branson. – should I give up

Second, organizations know what to learn to be successful. If you can evaluate and process a failure event you can see what the team lacked in terms of knowledge, skills or attitudes and resources that contributed to the failure.  Once you realize this, you know what you need to do to learn to avoid future failures.

Leaders must constantly emphasize that mistakes are learning opportunities rather than cause for embarrassment or punishment, and they must act in ways that reinforce that message. Ashley Good, the founder of Fail Forward, a Toronto-based consulting firm that helps companies learn how to benefit from blunders, often begins by asking a client’s employees questions such as “Do you take risks in the course of your work?” and “Is learning from failure formally supported?” The answers help leaders understand whether their company has a culture in which failure is openly discussed and accepted, and what steps they should take if not.

Then Experiment where failure is survivable.

“Look for experimental approaches where there’s lots to learn – projects with small downsides but bigger upsides. Too often we take on projects where the cost of failure is prohibitive, and just hope for the best.”

Lastly, Recognize when you haven’t succeeded.

“This third principle is the easiest to state and the hardest to stick to: But you must understand when you’ve failed.”

Every successful person and company has failed. In an October 2016 article in Forbes, Kevin Kruse declared we should be “A Failure Pioneer”.  He said:  “Where does courage and determination come from, and can they be learned? Make a list of entrepreneurs you admire and who have made a difference to the world. They could be living or dead. The chances are they all have one outstanding quality in common: they are failure pioneers.”

After a year of research while writing my book The Value of Failure I came to this conclusion about failure.

Failure means nothing unless you can learn from it.

Remember, any failure can shake you to the core.  How we overcome a failure is what makes the difference.  Conversely, most of us have had some level of success or positive affirmation. Knowing what each means, success and failure, not only determines your direction in life but can make you happy.

These failure hacks will give your team insight into how you can learn from your failures and push forward.  If you can learn, you can hack failure. 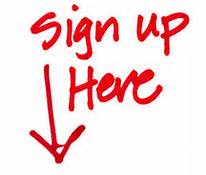 Sign up to get a free copy of Hacking Failure

Learn how to learn from failure and shortcut to success.