How can you avoid the frequent failure in setting and achieving goals?

My advice, stop setting goals!  After all why start something you can’t finish?

A recent study finds 73% of people who set fitness goals as new year’s resolutions give them up before the end of the year. 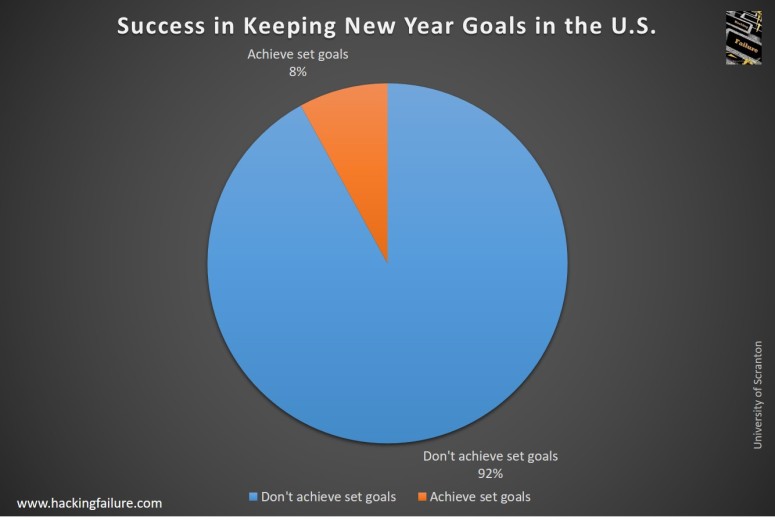 To add to that disheartening outlook, research from the University of Scranton indicate that only 8% of Americans are able to actually achieve their New Year’s goals. In kind, psychologist Richard Wiseman found only 10% of people in a study he conducted reached their stated goals .

Experts say the reason for these failures is that many of us lack the proper structure to support the behavioral changes our new goals require. 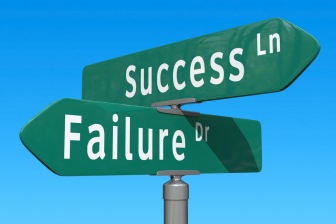 With these odds, setting goals seems like a losing proposition and there are also some unintended consequences of goal setting.

This validates Scott Adams book How to Fail at Almost Everything and Still Win Big”, in which he declared that “goals are for loser and systems are for winners”

“Goal-oriented people exist in a state of nearly continuous failure that they hope will be temporary. That feeling wears on you.

Goal-oriented people exist in a state of continuous presuccess failure at best, and permanent failure at worst if things never work out. Systems people succeed every time they apply their systems, in the sense that they did what they intended to do. The goals people are fighting the feeling of discouragement at each turn. The systems people are feeling good every time they apply their system. That’s a big difference in terms of maintaining your personal energy in the right direction.”

Does this explain why so many goals drop off our radar?

How to set goals and maintain a system

Fall in love with systems is what behavior science expert James Clear said:

…goals are good for planning your progress and systems are good for actually making progress. The proportion of attention to goals setting and vetting is not in alignment with success.  I know it goes against convention wisdom for me to say don’t set or worry about goals. If we only focus on our goals, as if that is the key to success we will probably not succeed.

We will attempt to take shortcuts to the goal and not earn the right to achieve them.

I agree that it takes goals to achieve.  I also believe that our focus on systems should be higher than our goals.

I propose that by its nature goals create a subliminal ambiance of failure.  From the moment the goals are set you are in a failed state or as Adams said in a “presuccess state.”

I’m not suggesting that you not set goals.  I am recommending that you hack the potential of failure by setting up systems that will support your goals.

When I asked some of my LinkedIn connection for advice on corporate goal setting I got this response from Elisa Garn who is President of the Salt Lake SHRM, Board Member of DisruptHR SLC, and Recruiter – HR and Administrative Support at PrincePerelson

Strategic planning is a crucial part of my ongoing success. It is the cornerstone of being able to understand where I am today, where I want to go, and how I’m going to get there. As an individual contributor, most of my objectives are focused on my own goals. However, I also assess the company vision and align accordingly. Once I have a clear perspective of the company’s direction, I start my own strategic pyramid, starting with my personal vision and mission statement, tied to my values. I’m a visual person, so I start with a brain mapping exercise to get everything on paper, then start to build the skeleton of my plan. This is the hardest part for me, as I tend to want to do everything, but I’ve learned in order to be effective, I have to prioritize and let some things go (4 box method). When my high level goals are set – usually 3 to 5 for the next 18 months – I continue to add the muscle and include objectives, typically 2 or 3 per goal. As it gets more granular, I add in metrics to meet objectives in order to have something measurable to ensure I can not only meet the objective, but also hold myself accountable to something concrete. After I complete the final draft, I review my goals with our CEO, again to ensure I’m aligned with her vision, then get to work! This process has provided a fail-proof method for me to stay grounded, focused and provide direction, not just in business but in my life.

–That my friends is a system to support goals.

In a study published in the British Journal of Health Psychology, researchers measured how frequently people exercised over a 2–week period.

The researchers started by randomly assigning 248 adults to one of three groups.

Group 1 was the control group. They were asked to keep track of how frequently they exercised over the next two weeks. Before they left, each person was asked to read the opening three paragraphs of an unrelated novel.

Group 2 was the motivation group. They were also asked to keep track of how frequently they exercised over the next two weeks. Then, each person was asked to read a pamphlet on the benefits of exercise for reducing the risk of heart disease. Participants in Group 2 were also told, “Most young adults who have stuck to a regular exercise program have found it to be very effective in reducing their chances of developing coronary heart disease.”

The goal of these actions was to motivate Group 2 to exercise regularly.

Group 3 was the intention group. After being told to track their exercise, they also read the motivational pamphlet and got the same speech as Group 2. This was done to ensure that Group 2 and Group 3 were equally motivated.

Unlike Group 2, however, they were also asked to formulate a plan for when and where they would exercise over the following week. Specifically, each person in Group 3 was asked to explicitly state their intention to exercise by completing the following statement…

During the next week, I will partake in at least 20 minutes of vigorous exercise on [DAY] at [TIME OF DAY] at/in [PLACE].

After receiving these instructions, all three groups left. 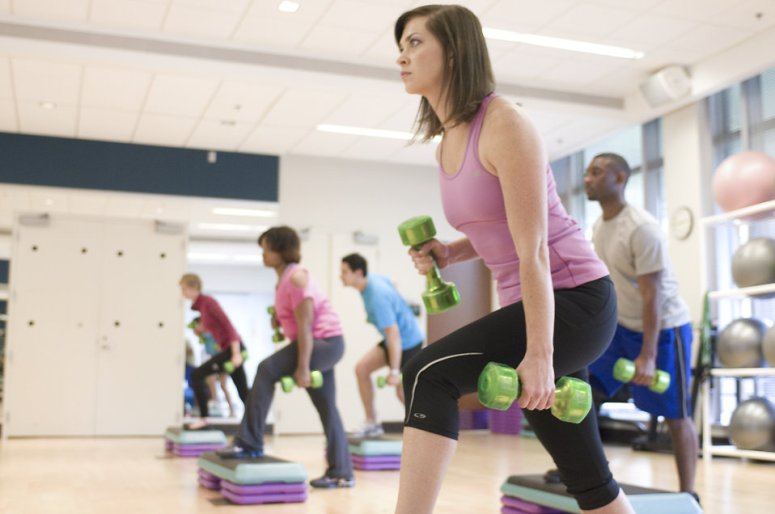 Two weeks later, the researchers were surprised by what had happened in the three groups. 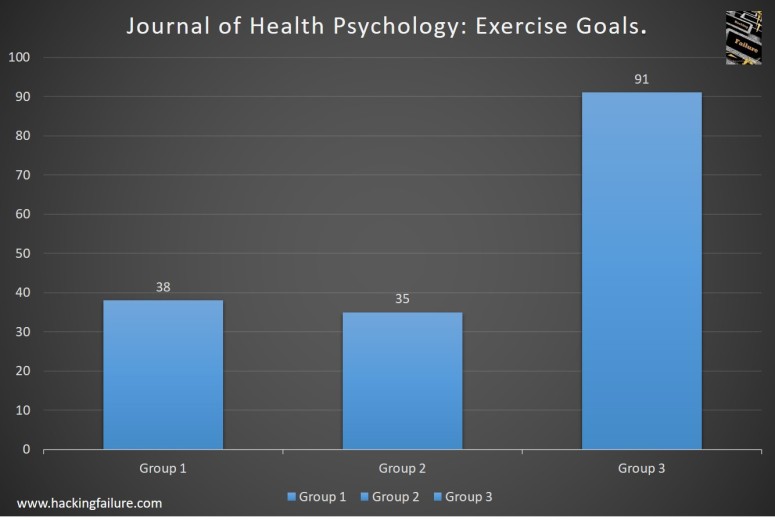 In the control group (group 1), 38% of participants exercised at least once per week.

In the motivation group (group 2), 35% of participants exercised at least once per week.

In the intention group (group 3), an incredible 91% of participants exercised at least once per week.

Simply by writing down a plan that said exactly when and where they intended to exercise, the participants in Group 3 were much more likely to actually follow through.

The researchers discovered that what pulls that desire out of you and turns it into real–world action isn’t your level of motivation, but rather your plan for implementation.

In fact, over 100 separate studies in a wide range of experimental situations have come to the same conclusion: people who explicitly state when and where their new behaviors are going to happen are much more likely to stick to their goals.

Systems that are maintained through evaluation, with a mechanism for an objective interpretation of failure, increase your chances to be in the 8 percent that actually achieve their goals for the New Year.

Consider systems when you set goals for next year.

Learn more about systems vs. goals through my books.

The Value of Failure  will help you embrace failure and learn from it.

Hacking Failure is a system that will help you pivot from mistakes and shortcut to success. 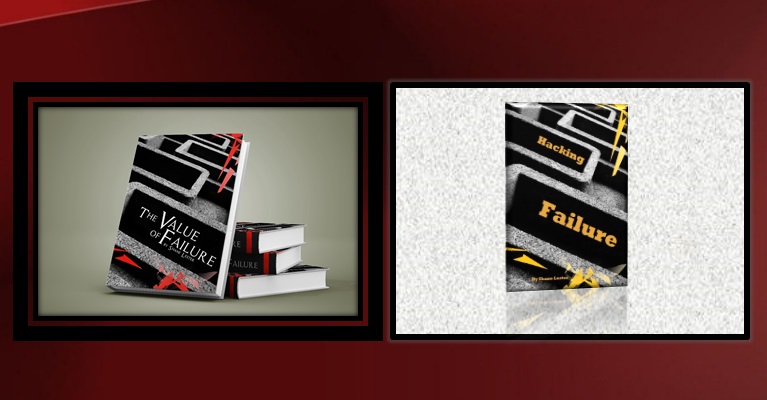 Buy both now on Amazon for $3 bucks.