What is the right age to be if you want to make an impact on machine learning?

Are 30 year olds outside of the realm of influencers?

Should 50 year olds give up trying to understand and make money from AI?

In his book Outliers, Malcom Gladwell postulates that talent alone is not enough to ensure success, that opportunity, hard work, timing and luck play important roles as well.

In the light of what many think is a revolution in human technology interaction, artificial intelligence or AI makes the promise of changing almost everything in our world from autonomous cars, to personalized medicine.  My question inspired by Gladwell, what generation is best poised to seize this unpreceded opportunity?

Gladwell points out the importance of timing: “14 of the 75 richest people in recorded history were born within 9 years of one another in the 19th century. Many of the most well-known names in software development (Including Gates and Jobs) were born between 1953 and 1956. Those 14 wealthy mid-19th century men became outliers because they came of age in one of the greatest economic transformations in American history (the railroad industry and Wall Street financial firms were being built). And the major players in Silicon Valley graduated from college when the idea of personal computers was just beginning to gain some traction. If Gates had been born even just five years earlier or later, it’s possible he never would have become so successful.”

Citing other examples from lawyers in New York, Hockey players in Canada and immigrants he narrows down a decade of opportunity for those born in the right place at the right time.

As a thought experiment I took a list of the top 20 AI influencers compiled by Li Jiang, who identified 10 Industry Titans that are shaping the conversation while also having the most ability to move the entire AI industry and 10 Rising Stars that will increasingly play a larger role in AI over the coming decade, and I tried to see if there was a pattern.  What I found was surprising. 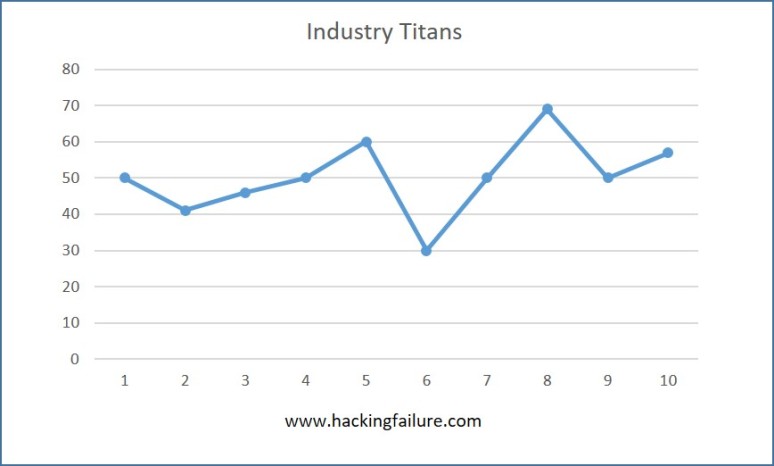 Of course deeper analysis would reveal correlations in educational setting, geographic location and other environmental factors that gave these people advantages to be potential pivotal figures in the evolution of AI.

Even though I was channeling Gladwell I discovered it is much easier to identify patterns from the past and to logically postulate how early adopters of computers born in the 1950’s might lead the way in that industry.  It is more complex to declare that people born in the 1960’s and 1980’s are going to make the biggest impact in AI.  We simply don’t know what is beyond the horizon in AI.  We can see who is making an impact now and from that we might suppose that coming generations will either innovate, refine or revolutionize the existing framework of AI.

To this end, I believe that we can become outliers by recognizing the attributes of our environment.  Then we can combine and calculated our intellectual and emotional assets to codify our energy into a chosen trajectory. After all, as Gladwell states:  “Outliers are those who have been given opportunities — and who have had the strength and presence of mind to seize them.”

check out a new blog format for .com Cowboy.